This blog page's aim is to tell of the today, and so to be able to give an idea for the future people, firstly. It may be these days are the most proper times to inform what human being had done for nature's advantage, for earth's benefit. It is also time to understand what humanity encounters after the consequences of its actions. In summary, today is a crucial time to understand what we can do for better future days, but it is also so hard to understand what is going on around while we are living in it at the same time.
In this framework, I will try to explain how is a lockdown in my city, in Istanbul, Turkey. The government announced again there is a curfew this weekend in big cities. That is expected to be the last curfew, but I am not sure about that, though. The president also said that all restaurants, cafes, pubs will open next Monday. This means sickness is not decreasing, but economic worries are increasing. Let's tell about some daily routines. Our neighborhood kids are outside all the time from day to night. They are bicycling, running, playing. They are really having fun and I am so happy to see them for fun.

The weather is so clean, the sky is shiny, trees are greener. People are required to wear masks, so it is so odd to see masked faces all around. If someone told me we would have to wear a mask to go outside, not a lot, only a few months ago, I would have said them it would be only a fiction movie. Today, while you are walking at the streets, markets, parks or while you are sitting somewhere you are required to wear a mask. The people you see around you seem very funny, but they also seem very strange.

I don't think humanity is understanding what is to be done for a better future even in these sickness days. There is some much story, image, event to write, but my mind is really confusing about where I should start or finish. Let's stop here, and see next Sunday.

Struggle with Covid19 and Some Contradictions

Deaths and diseases because of  Covid19 are continuing all over the world. In Istanbul, 64 people succumbed to this disease yesterday. Until today, 3461 people died in Turkey, 252,000 in all countries. Deaths did not stop despite all the efforts, yet some efforts or struggles are being eased with this sickness in Turkey.

Shopping centers and some kind of shops will be opened next week. People of some age who are not allowed to go out are able to go out in some days a week. On the contrary to those decisions, building corona hospitals are continuing. Government decisions are understandable to maintain financial flow, but these decisions are worrying about prospective deaths in the next days. In my opinion, these decisions will pave the way for more deaths, but I hope that it would not work in this way.

Especially in Istanbul and in many cities, lockdown restrictions are still valid. For one month every weekend is being imposed a curfew in 31 cities, but this week only 24 for cities are included to curfew. Also, there is still being imposed banning exit to other cities and enter from out. One given a reason why some cities are kept out of all strict rules is seem that the economic cost of an ongoing outweigh the risk to lives a resurgent epidemic might pose.

All that happen show us that social state or welfare state policy is undoubtedly important to maintain a powerful, healthy society.
By Azize zaman: 10:50 AM No comments:
Email ThisBlogThis!Share to TwitterShare to FacebookShare to Pinterest
Etiketler: Corona, Covid19, Istanbul, News

A kind of virus that shows flu symptoms in Wuhan, China in November has spread to almost all countries these days. As of today, more than 2.5 million people worldwide have been caught this virus called covid19. More than 180,000 people have died in the six months since November. Most deaths are seen in the USA, Italy, Spain, France, and the UK, respectively. By the middle of March, we have encountered with this sickness and experienced many different daily routines. It is said that 2 thousand five hundred people have died due to the virus, and now we have more than 100 thousand patients.

Strangely, incomprehensibly, we give reactions, we take precautions that had not been seen for the death before. In almost every country of the world, masks, and gloves became of our parts of our body, stopped shaking and hugging, nurses left the tens of elderly to death. On the other hand, we are bored to stay closed at home, played tennis roof-to-roof, gave concerts from balcony-to-balcony.

Many details appeared in the minds about what the mandatory needs are, and how our life could actually be otherwise. In January, the price of  1 barrel oil has decreased  (1 barrel of 159 liters) to $ 70 from $ 25, and oil price is cheaper from the price of 1-liter water. Hey, Romans listen to this! We came to the days that water was more expensive than oil. We go through the days that life can be a surprise until the last moment.  What can we say; first health, then goodness and beauty ...
By Azize zaman: 3:56 PM No comments:
Email ThisBlogThis!Share to TwitterShare to FacebookShare to Pinterest
Etiketler: Corona, Covid19, Randomly

For Every Bird There is a Stone Thrown at a Bird 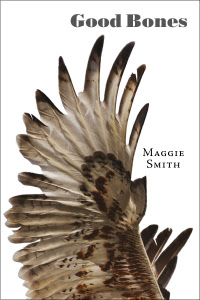 Turkey is a country where is located in both Europe and Asia continentals, mainly in Anatolia with a smaller portion in the Balkans. It is a republic. The area of the country is about 780,000 square kilometers. Its population is about eight million. I was born in this country, and I live here for now.

In last decades, political figures are being got conservative in the reason of by clinging to the religion subject, and thus many things in the social, economics, education fields have been transforming to the same way. There is an election this Sunday for both President and Parliament. If Mr. R. T. Erdogan, who is current President, is elected he and his party will rule the country for the fourth time. Other nominees are S. Demirtaş, M. İnce, M. Akşener, T. Karamollaoğlu, and D.Perinçek. 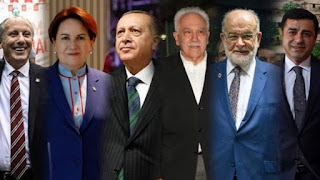 This term election is more important in many directions. First, parliament system was changed in this term. We will not have a prime minister anymore after this election. The country is going to be ruled by mostly President and his team, which will be established by him. Second, parliament will have less authority, president and his team's decision power will be over of parliament's members on the contrary of prior system.

My guess is that for tomorrow no one can win enough votes, and Mr. Erdogan and Mr. İnce will remain the last two nominees for the next tour which will be at 8th of July. We will see what will happen in the next post.

This blog is about what happened today.

I know that what is made cannot be unmade... But, if we understand what happened today, perhaps we can help ourself, help to our evil side for further times. Because, as it is now, in the future, too, our faith in hope of the our good side will never die. Because a half cannot hate what truly makes it whole.